The dreamy coastal city of Hua Hin is two and a half hours south of Thailand's capital, Krung Thep Maha Nakhon (Bangkok) but a world away from its rush and flurry. Today, it's the popular breakout to some of the country's best national parks and peaceful beaches. Make sure to plan your sightseeing with Rajabhakti Park, one of the top attractions in Hua Hin.

Rajabhakti Park is a historical theme park praising former Thai Kings from the Sukhothai era to the recent royal house of Chakri, placed in Hua Hin. It was created by the Royal Thai Army, on Thai Army estate, with nearly $28 million in budgets invested by the public and private sectors. The King provided the historical park with the name "Rajabhakti Park," which implies "the park that has been built with people's loyalty to the monarchs."

So, if you haven't visited this beautiful landmark yet, come with us to witness the glory of Rajabhakti Park in the Hua Hin area.

Fun Fact!
The main interest of this park is the seven big bronze sculptures built in praise of the former Thai Kings. Rajabhakti Park is a modern tourist hotspot for all Thai and foreign travelers visiting Hua Hin as it respects the Royal Families of Thailand. The park is located about 5 minutes outside Hua Hin by car and was opened on the 26th of September 2015 by none other than Thailand’s King Maha Vajiralongkorn.

The Thai Army built it with donations from private individuals and Thai businesses with respect to the Royal Family and Thailand’s history. The major attraction is the statues of 7 Thai Kings. These bronze sculptures are an accurate perception to be seen, as they are barely 14 meters tall, set in a beautiful spot on the foot of a peak.

The seven Great Kings were:

A fascinating view of the sculptures is that the eyes of the seven Kings converge to a single degree in front. All stand and illustrate their tough vitality, which defended the country.

At the root of the statues, there is a museum on Thai History. Unfortunately, most of the information is in Thai, so read up more online if you need to know more about the history of the 7 Kings. And at Rajabhakti Park, there is even a big open area where ceremonies for significant occasions can be held.

Tips & Things to Know Before You Go 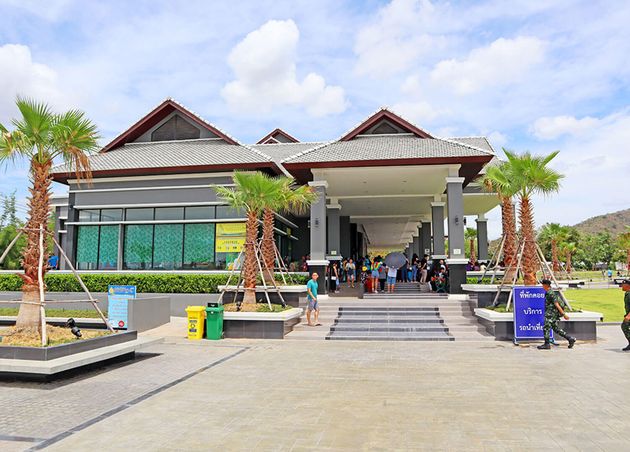 We suggest you visit the park in the morning as there is not much shade and it can get freshly hot later in the day. Although this is not a temple, dress appropriately because Thais honor their Royal family, and coming out in a swimsuit might be extremely scowled upon. But if you want to refresh after the visit, go across from Rajabhakti Park on the other side of the road; there is a local beach named Suan Son Pradipat, operated surprisingly by the Army.

The beach is a place of choice for most Thai locals and foreigners on weekends and gets very crowded on public holidays. The beach has many eateries, and seafood stalls have inner tubes for rent to be used to float in and rent sun chairs under umbrellas. Make sure to rent a car for the day from Rajabhakti Park & Suan Son Pradipat; there is not much chance of finding a vehicle back to the city.

Rajabhakti Park is open to travelers every day between 8:00 a.m. and 6:00 p.m. and is conveniently located just south of Hua Hin city. There are a lot of parking areas given if you drive by car or tour bus, and vans take visitors from Hua Hin city to visit.

The name Rajabhakti Park was provided by HM King Rama IX, which implies ‘the park that has been built with people’s faith in the emperors.’ The Army built Rajabhakti Park with the then Crown Prince as Chairman and Advisor. The operation was undertaken as a Royal Thai Army drive by General Udomdej Sitabutr when he was the Army Chief before his retirement at the end of September 2015. The Rajabhakti Park Foundation was organized to boost and supervise the project's budget.

The park occupies an area of 355,200 square meters. The massive plaza of 145,600 square meters, dominated by sculptures, is employed by the Royal Thai Armed Forces for ceremonies, pageants greeting foreign celebrities, and other particular circumstances. Community events may contain participants in traditional dress, with shows of Thai culture comprising dancing and Thai classical music. The most recent event celebrated the birth of King Rama IX on Father's Day.

The sculptures were modeled by craftsmen from Thailand's Fine Arts Department. Each sculpture is created of bronze, with an average height of 13.9 meters. A fishing village just 6 miles (10 km) south of the center of Hua Hin, Khao Takiab is a more friendly haven that strengthens an unchanged elegance. The city is interpreted by several statues, most precisely the mountaintop temple of the city’s exact name. While there, try to explore the magnificence of Wat Khao Takiap. Further south, about 12 more miles (20 km), Pranburi is a beautiful village well-known for its isolated atmosphere. While the town shows everything from world-class hotels to cheap accommodations, upscale eateries to quaint cafes, and amazing sights to beachside bars, the area strengthens a significance of intimacy and exclusivity. Within the city, Pranburi Forest Park emphasizes a spectacular walkway through a mangrove forest. 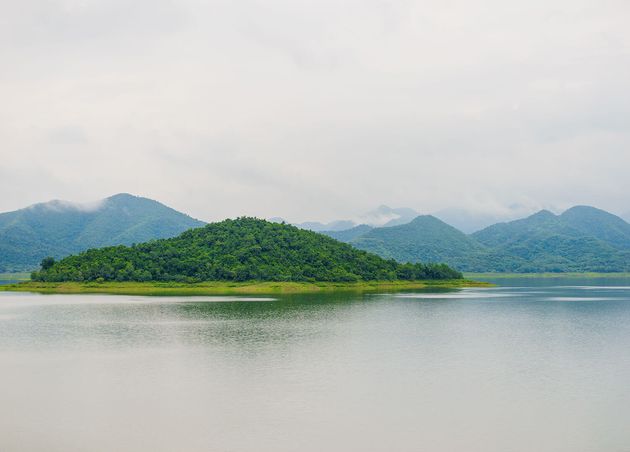 Approximately an hour west of Hua Hin, Kaeng Krachan National Park is the largest in Thailand, encompassing more than 30,000 hectares of dense tropical forest. The park devotes a lot of chances to hiking, kayaking, and wildlife viewing, thanks to its pristine rainforest, granite mounts, cascading waterfalls, and extraordinary caves.

The Rajabhakti Park is one of Hua Hin's most vital interests, an area to pay honor to Thai supremacy.  And also, as a 'must see' attraction for travelers, the park realizes the delightful history and royal relationships with the country.

The sculptures of the seven Kings are remarkable. If you need a few good Thailand holiday photos, the park and statues on the ground make a tremendous environment for snapshots, making it a selfie lover's paradise. Wat Khao Takiab and the gorgeous beach area are close to the park, so that you can try and fit these into a morning or afternoon trip.

How to Visit Rajabhakti Park in Hua Hin? Rajabhakti Park is located off Phetkasem Road (Route 4), the main road in Hua Hin. From the center of Hua Hin towards Pranburi, it is about 4 kilometers past Vana Nava Water Park.

To get there by public transport, take the orange non-air-conditioned bus between Hua Hin and Pranburi. Flag down the bus and tell the driver or bus conductor you are going to Rajabhakti Park. You can quickly notice the 7 King sculptures from the road. The price is about 20 Thai Baht per person.

Alternatively, deal a price with the driver of a taxi or tuk-tuk. You will discover a lot of them amid Hua Hin. Book a round trip as taxis or tuk-tuks are challenging to get to the park. The driver will stay at the park for the recovery trip.

The eyes of the seven Kings of Siam will also merge on a single point in the front. All of them stood, held up weapons to indicate power, and proceeded to save the country.

Rajabhakti Park in Hua Hin is located in an area of nearly 355,200 square meters ​​the Royal Thai Army. It is a historical park respecting the past seven Kings of Siam. This park's main attraction is the sculptures of past Kings created of bronze with an average height of 13.9 meters. King Bhumibol Adulyadej gave the historical park the name "Rajabhakti Park,'' which implies "the park that has been built with people's faith in the monarchs." When in Thailand: The Ultimate Guide to Bus Travel

ICONSIAM: A Jaw-Dropping Tour to the 'Mother of All Malls' in Bangkok